Founded in January 1995, the Marijuana Policy Project (MPP) is the largest organization in the U.S. focused solely on enacting humane marijuana laws. Armed with tenacity, strong beliefs, and the slogan “We Change Laws,” the group’s bold mission is to change federal law to allow states to determine their own marijuana policies without federal interference, to allow the medical use of cannabis in all 50 states and U.S. territories, and to regulate marijuana like alcohol. MPP has been responsible for changing most of the state marijuana laws that have been reformed since 2000, including more than a dozen medical cannabis laws, the legalization of marijuana by voter initiative in Colorado, Alaska, Maine, Massachusetts, Nevada, and Michigan, and legislative legalization efforts in Illinois and Vermont.

Recently, Green View Magazine spoke with MPP Deputy Director, Matt Schweich, and Director of State Policies, Karen O’Keefe, about the organization’s ground-breaking achievements to date and their plans to continue guiding the legislative momentum in favor of the cannabis industry. The following is an edited transcript of that conversation. 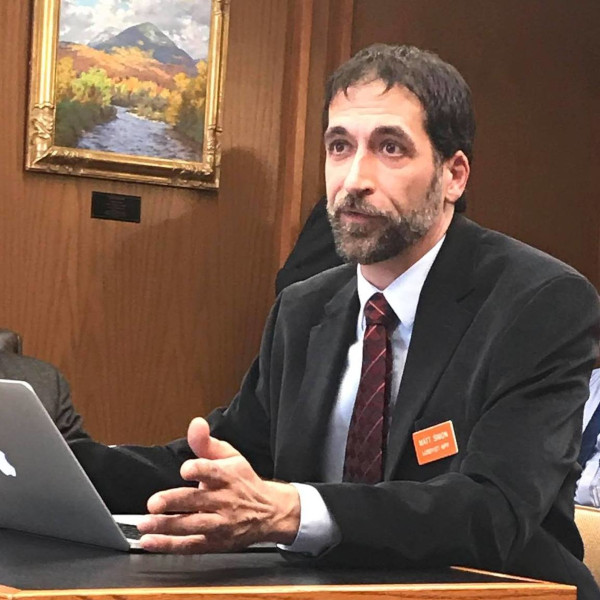 GVM: Can you give us an overview of MPP?

Schweich: “At the Marijuana Policy Project, we work on decriminalization and legalization (which involves taxation and regulation) of cannabis and medical cannabis at the federal, state, and local levels. Most of our success has been at the state level – that falls into two buckets: ballot initiative campaigns, which MPP has played a leading role in since 2012 when Colorado passed legalization at the ballot box; the other bucket is our legislative work. Karen oversees our legislative efforts; I oversee our ballot initiatives. We also have a presence at the federal level, trying to move things forward in Congress.

“As we get closer to federal reform, the conversation about what form that should take is intensifying. And we expect in the next several years for Congress to finally resolve the conflicts between state and federal laws and allow the states to make their own decisions on these cannabis policies.”

GVM: Will that be one of the biggest challenges going forward?

Schweich: “There are a number of proposals, right now, to resolve this issue at the federal level. Bills like the Safe Banking Act just focus on the banking issues faced by medical cannabis and recreational businesses, and there are broader reforms such as the STATES Act, and also the MORE Act which was just introduced. So there are some holistic, far-reaching reform proposals at the federal level – the big question is: Which of these bills will actually be enacted by Congress and when will that happen? It’s difficult to predict what Congress is going to do.”

O’Keefe: “Some areas of federal reform, particularly, lend themselves to federal uniform standards. Things like: What pesticides are allowed? But even once we have federal reform, states will continue to serve as laboratories of democracy. Thousands of businesses have already started operating under existing state regulations, and the states have their own stamp on how they want to approach legalization. So, we’ll continue to see a lot of differences from state to state.

“So far, MPP’s focus has been mostly, or entirely, within the United States; changing laws at the state level. We initially focused almost entirely on medical marijuana laws; about 13 of the recent medical marijuana laws are ones that MPP either spearheaded the ballot campaign for, in the cases of voter initiatives, or where we led the state legislative push. We spearheaded seven of the recent decriminalization laws that imposed a simple fine instead of jail time for possession of marijuana. And out of the 11 legalization laws, MPP led the charge in eight of those cases, including the only two that passed through state legislatures — Illinois and Vermont. In the coming years, we expect to chip away at more and more states and bring legalization of medical marijuana to them.”

GVM: How do you decide which issues to focus on?

O’Keefe: “There are a few factors we use to choose a state campaign. Roughly half of the states have a ballot initiative process and about half don’t. In the states without ballot measures, you can’t just collect signatures and let the voters decide. You have to convince the legislature to enact the law. Of course, in order to run any campaign, we need money. And we need to have reasons to think it’s actually viable.

“My department leads our state legislative work. When we decide which states to target, we look at who the leaders are in the legislative chambers, we look at the party composition (if it’s Democrats or Republicans in control), and what leaders have said about marijuana policy. We’ve been around so long now, in many cases, first we did medical in a state, then decriminalization, and then we work on adult-use.  We often have lobbyists we’ve worked with for years and we have a good feel for when states are ripe for reform.

“Once we have the funding to work in a state, and we think it’s viable to pass with a funded campaign, in an ideal world we’d have one or two firms that would do the lobbying. We’d also have a least one staffer working on legislative drafting, and creating materials that would respond to concerns and make the case for marijuana legalization. We’d have organizers that help find and prep witnesses to speak at hearings and press conferences. Sometimes, we do paid advertising that draws attention to the issue. This past year, in South Carolina we ran a medical marijuana billboard featuring a veteran. We also use a variety of other media tactics to get grassroots pressure — such as Facebook ads to get emails to lawmakers and phone banks (either paid or volunteer). To sum it up, our legislative campaigns have three main parts: professional lobbyists, organizers for the grassroots, and organizers for the grass tops, when the media come in.” 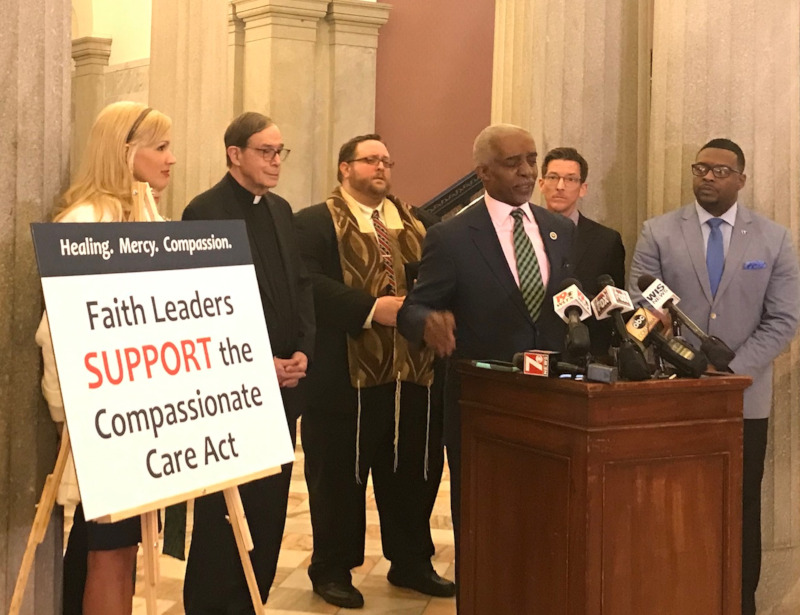 GVM: How do the ballot initiatives work?

Schweich: “With ballot initiatives, we partner with groups and individuals to form state campaigns. We’ll raise money into that campaign committee and it will spend money on two primary things: First, collecting signatures to qualify for the ballot initiative, sometimes hundreds of thousands of signatures in larger population states. That’s very difficult to do with just volunteers, so that’s a major expense. The other one is advertising. Once you qualify for the ballot, making the case to voters that this is a good policy decision and that they should vote “yes.”

“At MPP, we partner with other national groups and in-state groups to form ballot initiative campaigns. We help provide strategy and other resources to make sure these campaigns succeed. The ballot initiatives we’ve played a large role in recently include: Colorado legalization in 2012; Alaska legalization in 2014; legalization in Maine, Massachusetts, and Nevada in 2016; legalization in Michigan in 2018; and also the Utah medical cannabis campaign in 2018. MPP has a really strong track record and real expertise on how to run these campaigns, how to handle communications in the media, how to create the right advertising, and how to do the research needed to understand which voters are on the fence and which message will be most compelling to them.”

GVM: Funding is key. So, where does the money come from?

O’Keefe: “We have thousands of people who make donations directly through our website. I’ve known supporters who send us $5 from their social security check every month, while some of our donations come from people with greater means. But it’s all individual contributions from people who believe in the cause. People who aren’t able to contribute financially, but want to volunteer their time — such as for phone banks or meeting with their lawmakers — are always appreciated, too.”

Schweich: “Historically, the funding has come from libertarian philanthropists. That was really the origin of this movement. Over time, we’ve brought in other support. Now we have lots of Democrats and progressives that support our work, and we have Republicans and conservatives. As we’ve had more success, as more Americans support medical cannabis and legalization, we’ve seen the type of people who support our work evolve.”

O’Keefe: “Unfortunately, there’s a perception out there that with all the positive support, marijuana is going to legalize itself. That couldn’t be further from the truth. It’s been a long, hard slog and we face a battle, vote by vote, to educate lawmakers. At the beginning of this year, there was hope that as many as six states would legalize marijuana, and only one did – that was Illinois, where we led the charge.”

O’Keefe: “Our slogan at MPP is “We Change Laws” and we’re single-mindedly focused on moving the ball to make it legal for more people to use marijuana and medical marijuana. That’s what we do.”

Schweich: “If there wasn’t an organization like MPP, we wouldn’t have as many states with medical cannabis laws or legalization laws. And there certainly would not be a serious conversation in Congress about federal reform. It’s really important that members of the industry and the public realize that we need their support more than ever as we push to the finish line. A lot of people and groups talk about the need for reform. We get it done.”

On June 25, 2019, Illinois Gov. J.B. Pritzker made history by signing into law the Cannabis Regulation and Tax Act (CRTA)! The Illinois House and Senate had approved the Act in late May. As of Jan. 1, 2020, adults 21 and older will be allowed to possess and purchase cannabis.

For the first time ever, the U.S. House of Representatives approved a budget rider to prevent federal interference with adult-use marijuana laws.

New Mexico decriminalizes marijuana, reducing the penalty for up to half an ounce of marijuana to a $50 civil fine.

Georgia approves in-state production of medical cannabis with up to 5% THC.

North Dakota reduces the penalty for up to half an ounce of marijuana from a misdemeanor to an infraction carrying a maximum fine of $1,000.

Colorado legalizes and regulates cannabis hospitality — such as cannabis cafes — in localities that opt in.

The U.S. territory of Guam legalizes and regulates marijuana for adults’ use.

*The full Marijuana Policy Progress Report 2019 Legislative Update can be found at: https://www.mpp.org/issues/legislation/marijuana-policy-progress-report-2019-legislative-update/

Where: Headquarters in Washington, D.C.

Canada Direct Cannabis Market to Grow by Over 50% in 2025