Green View Magazine interviews representatives from Antioch, CA as part of our focus on economic development in American cities.

Antioch, California is located just off Highway 4, in the East Bay region of the San Francisco Bay Area, along the San Joaquin-Sacramento River Delta. With a population of approximately 114,000, it is the second largest city in Contra Costa County and one of the oldest towns in California.

In 1848, John Marsh built a landing on the San Joaquin River, in what is now Antioch, as a shipping point for his 17,000-acre Rancho Los Meganos. It became known as Marsh’s Landing and included a pier extending well out into the river, enabling vessels drawing 15 feet of water to dock there at any season of the year. The landing also included a slaughterhouse, a smokehouse for curing hams, rodeo grounds, and a 1½-story dwelling to serve as a home for the Rancho’s manager and his wife. In 1850, two brothers, William and Joseph Smith, founded a town slightly west of Marsh’s Landing and named it Smith’s Landing. In 1851, the town’s new minister persuaded the residents to change the name of the town to Antioch for the biblical city of Antioch.

Around 1859, coal was discovered in several places in the hills south of Antioch and coal mining formed the town’s first substantial business, apart from farming and dairying. In 1863, copper ore was discovered nearby, and two years later, oil was drilled for, although none of these three extractive industries survived for long. Today, Antioch is mainly a bedroom community, with almost 90 percent of its workforce commuting to the larger cities to its west, including Oakland and San Francisco.

Antioch has grown considerably over the last 30 years as the population of the Bay Area has continued to increase, and real estate prices have forced families to move towards its outskirts. Land remains plentiful and affordable in Antioch compared with other parts of the Bay Area, and retail and office space typically leases for 20 to 30 percent less than comparable space in central Contra Costa County. There are a variety of housing styles throughout the City, from condominiums to single family residences, priced for a variety of income levels. 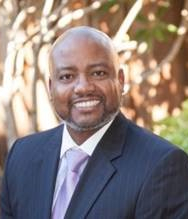 Recently, in an effort to attract more businesses to Antioch, the City completed a $600,000 rebranding campaign. “The purpose was to make sure that corporations and residents from around the Bay Area, and the country, get the proper image of how we want Antioch portrayed,” explains Economic Development Director, Kwame Reed. “We worked with a brand-marketing firm.  They came here and emerged themselves into the community, living and breathing Antioch, and came up with a new tagline for the City: ‘Opportunity Lives Here’ because they realized, with our history, opportunity was here, is still here, and opportunity is going to continue to be here.”

Reed says that the City is in “the building relationships stage,” getting its name “out there” via conferences and expos, as it pertains to business attraction. The Economic Development team is also going through the process of gathering supporting data to make sure that any industries it contacts will have a good chance of succeeding. “Ultimately, we’re looking to diversify,” he remarks, “so that if one industry struggles, it doesn’t affect the City’s economy. Some of the major industries that we are looking to capitalize on would be medical supply chain vendors – because of the existing hospitals and healthcare service providers. We’re also looking at cannabis. Antioch is a cannabis-friendly city. Our City Council approved Cannabis Guidelines last September that provides information to would-be cannabis business operators on the locations within Antioch where it’s allowed and the requirements to operate. We are looking at everything from dispensaries, large-scale cultivators, and production and manufacturing.”

City Manager Ron Bernal adds that Antioch is also looking at industries that could utilize the City’s waterfront, which has been underutilized over the years. “Antioch has significant heavy industrial waterfront opportunities,” he says. “We have deep-water port opportunities. We also have a very active BNSF rail line that goes along our heavy industrial area. We’re trying to capitalize on the infrastructure that is already in place and bring in businesses that, maybe in California, are having a hard time finding a location with heavy industrial approved type of uses. Whereas, we have it already zoned and ready to go with significant acreage for them to come to. We are investing $4 million installing sewer and water lines in our heavy industrial area, so it will be more shovel-ready for developers that want to locate here in Antioch.”

Reed adds that another potential industry is the “blue technology” sector. “We are making connections with organizations like the Sustainable Ocean Alliance,” he says. “They’re located in San Francisco and are trying to start 100 incubators within the next three years – companies that are trying to utilize the ocean or other waterways in a sustainable way.” 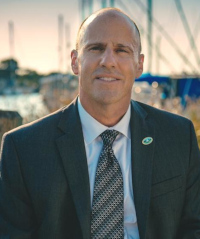 Meanwhile, the City’s residential and commercial growth continues apace. “We’re going to exceed 600 residential permits this year,” says Bernal. “We have our first gated 440-unit senior community approved. This project type is new to Antioch and is going to provide a new opportunity for existing residents that, in the past, hasn’t had the opportunity to age in place. We are also hoping for this development to attract new residents to the City as well. We’ve had several new developments opening up. One is called Wildflower Station – it’s 90,000 square feet of commercial/office space, 98 condos, and 22 single-family houses on a prominent piece of property close to Highway 4 and the new BART station. BART extended their passenger rail service to Antioch just over a year ago, thus providing a direct transit connection to parts of the Bay Area including the San Francisco and Oakland International airports.  And there’s probably room for a couple of thousand more residential units on the south side of town that haven’t been developed yet. So, we have some room for expansion within our current City limits.”

That new BART (Bay Area Rapid Transit) station, plus a recent widening of Highway 4 through the City, has opened up even more area for development. “The BART system was extended ten miles into Antioch and we’re now the end of the line to the east,” says Bernal. “About $1.3 billion was spent widening the highway through the center of our City and building the BART extension. And where the BART extension terminates, there’s 200 acres that has a specific plan for 2.5 million square feet of retail and office, and 2,500 units of, primarily, multi-family housing. The project is considered a TOD, a Transit Oriented Development. We see that as a place that will see some growth. And that’s part of the whole opportunity theme. We’re probably one of the most affordable places to buy a house, start a business, or expand a business in Contra Costa County and in the whole Bay area. If somebody is priced out of San Francisco, San Jose, Oakland, or Hayward, they can move their way to the east and find affordable places to live and start or expand a business.”

The City is also looking to revitalize its downtown with more commercial, retail, and residential development. “The downtown was established back in 1850,” says Reed. “Unfortunately, over time, growth has happened in other areas away from downtown and the river. And like most older cities, the creation of a highway or freeway pulled development away from the historic downtowns. But there’s opportunity there for smaller shop owners to come and get a footprint.” Bernal adds, “We’ve been trying to attract multi-family developers to downtown in order to re-energize it. A restaurateur just opened a really nice restaurant in our marina, which is attracting a lot of positive attention.  We’re starting to see more food options in the downtown area, which we’re hoping is going to energize it for more people to want to be down there.”

Meanwhile, Antioch is making sure that it remains economically and environmentally sustainable, which should further help it attract new businesses to locate there. “The voters passed a one-cent sales tax in November, which is going to generate north of $15 million a year for 20 years,” Bernal reports. “It makes the City financially stable, which I think is very important in these times, and something that I think will help us, in the long run, to be able to sustain a quality community.”

“Probably our biggest and most exciting project we’re working on right now is a six-million-gallon-per-day, brackish water desalination plant,” he continues. “We’re on the San Joaquin River in the Delta – the confluence where the water that pushes in from the Bay and the water that comes down from the mountains – so it becomes salty when the tide is high and it becomes fresh when there’s more runoff. We’ve been pumping from the river since the 1850s, but we’re seeing that the water quality is becoming worse and worse as time goes on. So, in order to preserve our intake, we’re in the process of designing and getting permitting for this desalination plant. The plant will create a sustainable source of water for business and residents, regardless of whether we have a drought or not.  In our last drought in California, the Governor started putting restrictions on how much water people could use and we kind of dodged a bullet by having it be a four-year, rather than a longer, drought. But, in the future, we expect that there are going to be more frequent and maybe, longer droughts, and with that, we will have one of the few sources of water in the state that will be sustainable, high quality, and affordable. We have a certified EIR (Environmental Information Regulations), we’re in the preliminary design stage, and we’re currently going through the permitting process with all the resource agencies. I’m expecting it to go online in 2021.”

With a strong and growing residential, retail, and commercial base, much available and affordable land for new business and housing, a recently completed connection to the area’s mass transit line, four designated Opportunity Zones that offer tax incentives for new business development, and a willing and able City administration, Antioch is poised for considerable and sustainable growth. Bernal concludes, “The potential businesses and users will find a staff that is readily available and very helpful in trying to make their project successful.” Reed adds some final words for the city where opportunity lives: “We are business-friendly, business-ready, and we’re looking for companies that want a greater opportunity for themselves.  They can find it here in Antioch, California. Opportunity Lives Here.”

WHERE: Along the San Joaquin-Sacramento River Delta in Contra Costa County

As delivery models and technology evolve, we adapt to meeting our clients’ needs. It’s how Garney and Brown and Caldwell have continued to build a legacy of collaborative delivery projects for our clients over the past two decades.